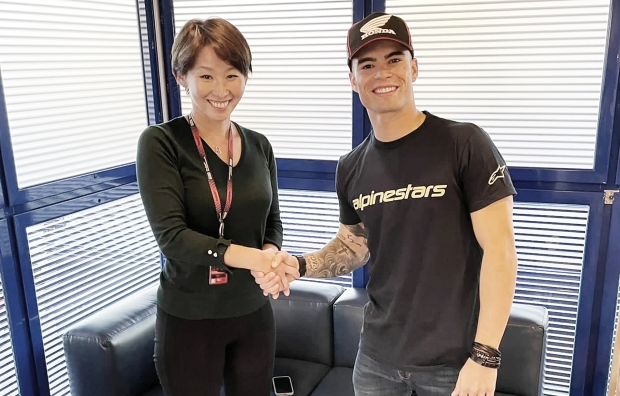 The MIE Racing Honda Team is pleased to announce that it has signed Eric Granado as its rider for the 2023 Superbike World Championship aboard the CBR1000RR-R FIREBLADE.

26-year old Granado has recently concluded his best ever season in the MotoE World Championship, finishing as series runner-up after amassing five wins and fighting for the title until the last race in San Marino. To date, his remarkable racing achievements include four titles in the Brazilian SBK Championship as well as world championship seasons in Moto2 (2012), Moto3 (2013, 2014) and the FIM CEV Repsol series, where he won the Moto2 European Championship title in 2017.

The MIE Honda Racing Team bids farewell to Leandro “Tati” Mercado, thanking him for all his efforts and wishing him the best for his future endeavours.

“I’m absolutely delighted to welcome Eric to the MIE Racing Honda Team. We had the chance to work with Eric when he joined the team for the final round of the 2020 WorldSBK championship season in Estoril. He finished top 15 in race 1 and close to the points zone in race 2 which was really impressive. His talent, speed, professionalism, and not least his sunny attitude are key values for me, and I think he will be a perfect fit for the MIE Racing Honda Team structure. A structure that will also be strengthened in terms of its technical and managerial staff in order to ensure continual growth and improvement. I also want to heartily thank Tati for two amazing years together, for his hard work and total commitment to the team. We wish him all the best for his future.”

“I am very happy to take on my first WorldSBK season in 2023. Firstly, I would like to thank Midori, Honda and all the sponsors for giving me this opportunity. It has long been my goal to make it to World Superbike. I have won four Brazilian Superbike championships and raced in the Spanish SBK Championship over the last two seasons. It’s a category I know, although the world championship operates at a much higher level obviously. I competed with the MIE Racing Honda Team in 2020, at the Portuguese round, and I really enjoyed it. I liked seeing how everyone worked and Midori made me feel really welcome in the team. We talked about trying to work together and now we will do just that. I think it’s a great opportunity for me and my career, and I’m very confident that we will have a competitive bike and can work together with Honda to improve the machine. It will be a real challenge, battling with fast, world-level riders but I will try to learn a lot from them and do my best to achieve solid results each weekend so that I can arrive at the end of the season knowing I have done a good job. I hope the Brazilian fans will support me; it has been so many years since a Brazilian rider raced in the world championship and I hope to represent my country at its best. I want to thank everyone for their support, and now I can’t wait to get on my Honda and start working.” 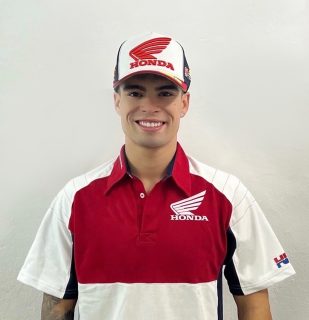