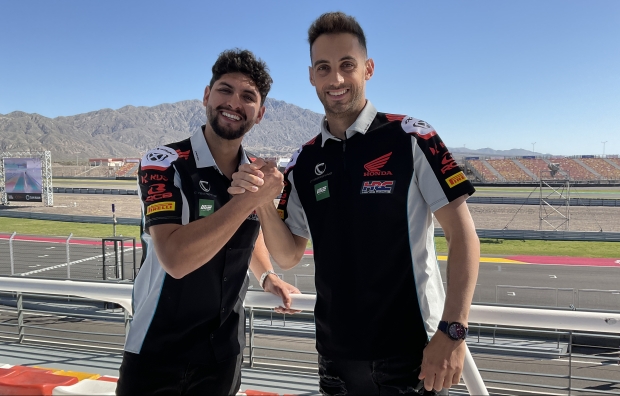 Having sustained a minor injury while training for a bicycle road race in Malaysia and with further medical checks having also determined that he is positive for Covid, albeit with few symptoms, Hafizh Syahrin is forced to forfeit the Argentinean WorldSBK round. Hafizh is expected to rejoin the MIE Racing Honda team in time for the double-header in Indonesia and Australia.

Reacting swiftly to this unforeseen event, team owner Midori Moriwaki has signed Maximilian Scheib as the rider who will stand in for Syahrin. The talented Chilean rider has just concluded the ESBK season where he placed eighth overall aboard a CBR1000RR-R. He previously competed at the San Juan Villicum Circuit in 2018, finishing inside the points (thirteenth) after entering as a wildcard in Superbike. Scheib will share the garage with Argentinian rider Leandro ‘Tati’ Mercado at what is his home race. Mercado, who hails from Córdoba, is particularly keen to do well at his home track and will no doubt be able to count on the added support of friends and fans.

The San Juan Villicum facility is located in Western Argentina not far from the border with Chile. It first featured on the WorldSBK calendar in 2018, which was in fact the track’s inaugural event, having been completed earlier that year. The track measures 4.276 km and comprises seven right-hand corners and ten left-handers.

“We head into this next round with heavy hearts as we mourn the loss of a young and talented rider like Victor. It’s always hard to lose a member of our racing family. In the past few days, I have been able to spend time in Córdoba with family and friends, and this has helped me to  recharge my batteries a bit. I really like the Villicum track, it’s very technical and a little different to others as it has two parts, the first half flowing with a very long straight and the second very technical. It’s a great, fun layout. I hope to score a good result and anyway to enjoy my home round.”

“I am so happy to return to the WorldSBK paddock! The phone call came as a big surprise and I want to thank MIE Racing Honda Team for this opportunity and Antonio D’Angelo who has done an incredible job to get me ready for action again. To race here in Argentina with all the South American fans is going to be amazing. I want to enjoy the weekend and push to my own limits. I feel prepared and am in good shape, so the target will be to work step by step with the team and do the best we can.”

Maximilian Scheib was born on 24 July 1995 in Santiago, Chile, and began his career at a very young age, competing in off-road competitions before switching to sprint races as a teen. In 2015, Scheib travelled to Europe to compete in the FIM CEV European Superbike championship, a series in which he finished second overall in 2016. That same year, Scheib competed as a wildcard with BMW in the first and last round of the FIM Superstock 1000 Cup. He finished ninth in the first, at Aragón, and won the last race at Jerez, which saw him earn a place as a full-time rider with Aprilia the following season. He amassed eight podiums over the two subsequent seasons (including one win, in the Czech Republic in 2018) and finished eighth overall in 2017 and third overall in 2018. At the end of the 2018 season, he competed in the two final WorldSBK rounds aboard the MV Agusta, managing to finish inside the points (thirteenth) in race 1 in Argentina. After winning the Spanish Superbike title in 2019, Scheib became the first Chilean rider to compete in the Superbike World Championship on a full-time basis, riding for the Orelac Racing VerdNatura team in 2020. During year complicated by the global pandemic, a strong start in Australia (that saw him score points in all three races) was followed by a crash and injury at Aragón. This forced him to sit out the rest of the championship, in which he placed twenty-first overall. After a long period of recovery in Chile, Maximilian took part in the last round of the GP3 Chile at the Codegua Circuit, where he dominated both qualifying and the race. Back in Europe, 2022 saw him compete in the Spanish SBK championship with the CBR1000RR-R of Team Laglisse. Having scored a double podium at the opening round of Jerez, he ultimately rounded out the championship, which was won by team-mate Tito Rabat, in ninth place overall. 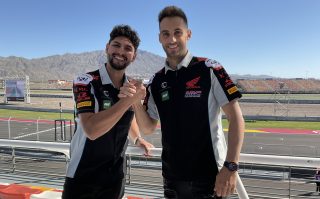 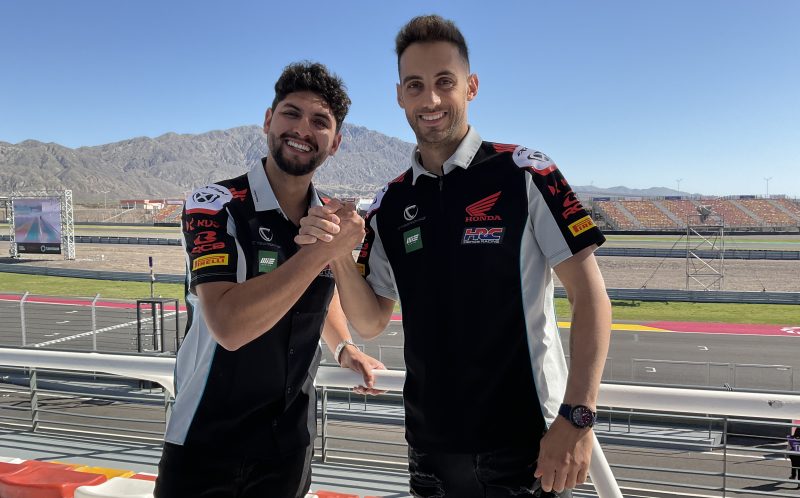