Argentinian rider Leandro Mercado began his race career in national competitions, before moving to compete in the United States in 2008, where he finished third in the Red Bull AMA Rookies Cup. The following year he achieved the same result in the East division of the AMA Supersport Championship, and won the National title in the final race in Daytona.
In 2010 Leandro raced in the Italian CIV Stock 600 Championship where he finished seventh overall. That same season he also competed in the three Italian rounds of the European Superstock 600 Championship with a Kawasaki ZX-6R, scoring fifth place in Misano and 25th place in the overall standings.
2011 saw Mercado compete in the Superstock 1000 FIM Cup as well as the Italian CIV Stock 1000 class on a Kawasaki ZX-10R. He finished the world championship season in 16th place, a fifth-place finish at Silverstone his best result, and closed sixth overall in the Italian championship with two podiums, both obtained at Mugello.
In 2012 the Argentinian was set to race in the Superbike World Championship but was forced to miss the first round at Phillip Island due to injury. He ultimately took part in eight rounds, scoring nine points in all. 2013 saw him switch to the Superstock 1000 FIM Cup, where he finishes fourth in the standings with one win and four podiums to his credit. He also finished second in the Italian Superbike Championship that same season.
Mercado rode a Ducati 1199 Panigale R in the 2014 Superstock 1000 FIM Cup. He won the title with 117 points from seven races, the result of two victories and two other podium finishes. In 2015, he returned to the Superbike World Championship where he finished in the points zone in all but one race to place eighth in the final standings. Leandro then came close to winning his second title in the Superstock 1000 FIM Cup in 2016, ultimately finishing second in the championship with 111 points.
In 2017 he competed in the Superbike World Championship with an Aprilia RSV4 RF, scoring twelve top-ten results and concluding the season in thirteenth place with 115 points. Mercado moved to Kawasaki in 2018 and 2019, placing fifteenth and sixteenth respectively in the overall classification, and fourth and eighth in the Independent Team standings. In 2020 he again finished sixteenth with the Ducati in WorldSBK, closing sixth among the Independent Teams. 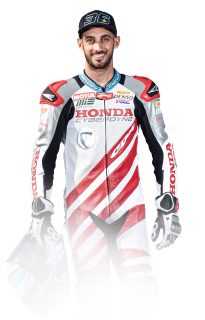 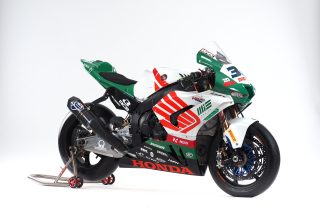 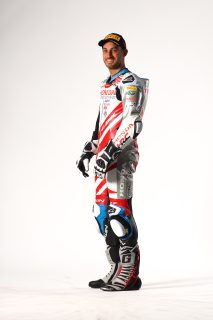