Hafizh Syahrin was born in Selangor, Malaysia on 5 May 1994. He began his career in motorbikes at the age of 9, in pocket bikes, where he eventually acquired the nickname "King of Pocket Bikes. In 2009, Syahrin competed in the popular Malaysian Underbone series; he reached the podium in some races and would end proceedings third overall. In 2010, he went on to compete in the Asia Road Racing Championship; finishing 12th that year before moving up to fourth in 2011. In 2012, Syahrin moved to the FIM CEV Repsol to compete in the European Moto2™ category. He also put in a wildcard appearance in the World Championship Moto2™ round in Malaysia, where he crossed the line in fourth after fighting at the front throughout – and was then promoted to third and his first ever podium result. In 2013, Syahrin ended the CEV season third, with two wins to his name, before moving to the Moto2™ World Championship for 2014 with Petronas Raceline Malaysia. He has since remained with the team and in 2017 took another two podium finishes – his first physical visits to the rostrum – in his most impressive year to date. In 2018, the Malaysian moved up to the premier class with the Monster Yamaha Tech 3 team, replacing Jonas Folger and in-turn making history by becoming the first ever Malaysian rider in MotoGP™. He fought for Rookie of the Year and took some incredible top tens before just losing out to Franco Morbidelli. In 2019 he stayed with Tech 3, as they became Red Bull KTM Tech3 and switched to Austrian machinery. His sophomore season didn’t see him reach the same heights and he returned to the intermediate class for 2020 with Aspar Team. He started the season well, scoring a sixth place in the second round at Jerez, but only finished in the point scoring places three times after that race, scoring a total of 21 points. Syahrin switched teams for the 2021 season, moving to the NTS RW Racing GP, scoring points in three races. In 2022 Syahrin was signed by MIE Racing Honda Team to race in the WorldSBK Championship with the CBR1000RR-R FIREBLADE alongside Tati Mercado. 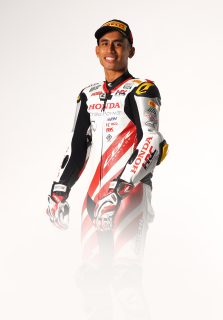 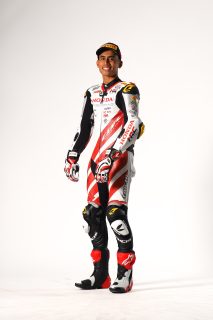 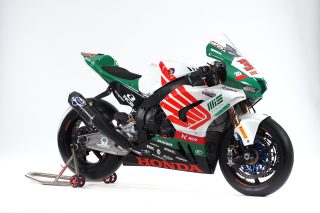