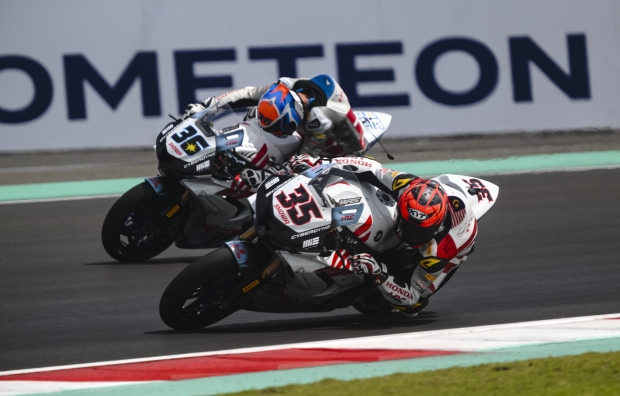 After a challenging Friday, the MIE Racing Honda team experienced a more positive Saturday as it took part in Superpole and the first of the weekend’s races with riders Leandro ‘Tati’ Mercado and Hafizh Syahrin. While Syahrin finished the race in the points zone, Mercado demonstrated strong pace and was lying twelfth when a technical issue unfortunately forced him to retire.

Despite a crash yesterday, Hafizh was deemed fit to continue with his weekend, having only sustained a minor injury to his chin. Back out on track this morning along with team-mate Leandro, the duo worked hard during the final practice to make some further adjustments to the setup of their FIREBLADES.

The short Superpole phase saw the two MIE Racing Honda riders battle hard to achieve a good grid position. While Syahrin closed in sixteenth place (1’33.997), Mercado closed eighteenth (1’34.409), meaning that the duo secured spots on the sixth row of the grid for Race 1.

Both Mercado and Syahrin proved competitive in the first of the weekend’s races, which inevitably ran in high temperatures. Making excellent progress over the first laps after starting from eighteenth, Argentinian rider Tati was up into twelfth by around lap five. Team-mate Hafizh was not far behind in fourteenth. On lap eleven Mercado did well to save what could have been a nasty highside. Although he didn’t crash, the Argentinian returned to the garage with a technical problem. Syahrin, now thirteenth, continued to lap with consistent pace but was unable to close the gap that had already opened between him and the rider immediately ahead. The Malaysian therefore crossed the line in thirteenth place, scoring three precious championship points

“It was a good day, after a disastrous Friday with a big crash. This morning I was able to get back into a rhythm and I felt we made a big step in Superpole, even if the final lap time wasn’t perfect. Track conditions today were not 100 per cent either, but I tried to fight within my group. We passed each other many times and I tried to maintain my speed and rhythm and be consistent. I tried to defend twelfth position from Redding too, but he had better pace in the end. Anyway, P13 brought us some points and tomorrow we’ll try to fight harder in the Superpole race and Race2.”

“Today we made a step, and I felt good in FP3. In Superpole I unfortunately made a mistake on the fastest lap and couldn’t complete a good lap. But our potential was higher than our final qualifying position. In race 1 I made a good start and concentrated on my pace. I was running a good race and was lying twelfth with good feeling when I had a problem with the gear lever. It’s a shame because it could have been our best race of the year in terms of position and feeling. We will try again tomorrow.” 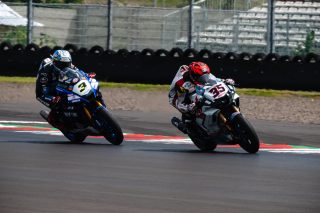 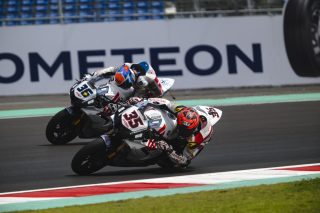 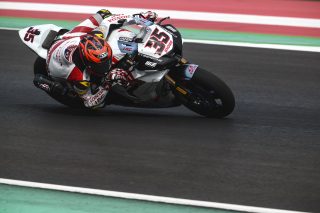 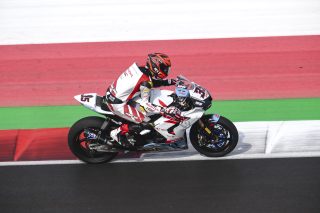 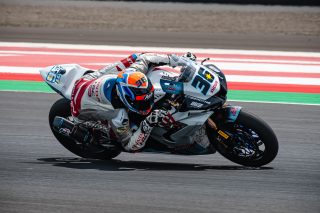 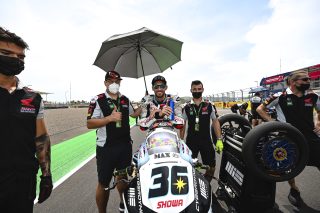 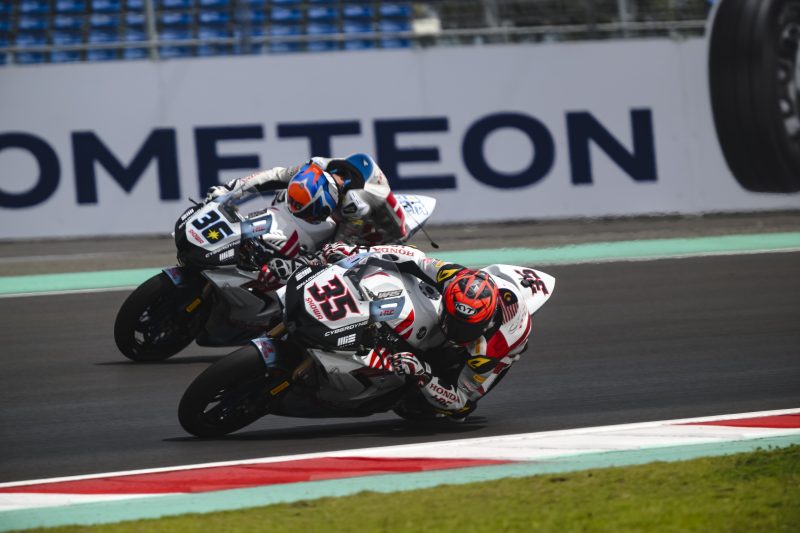