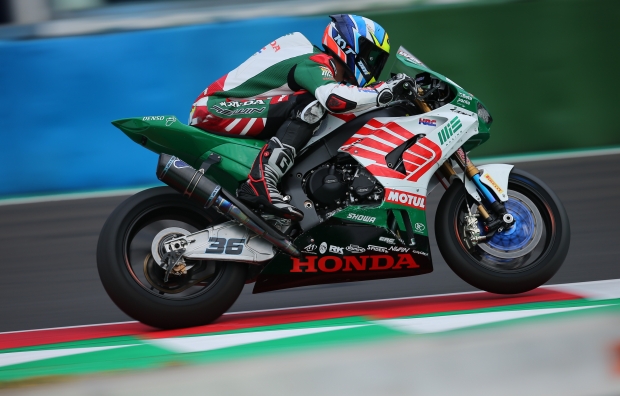 The first race of the eighth WorldSBK championship round at the Nevers Magny-Cours circuit in France proved unlucky for the MIE Racing Honda team’s rider Leandro ‘Tati’ Mercado.

During the morning’s final practice, which fortunately ran in dry conditions, Mercado was able to further improve on his times, working with his technicians to make some last adjustments ahead of the Superpole. During the subsequent 15-minute qualifying phase, Tati tried his best to complete a clean lap but had a little difficulty. Although setting his best lap of the weekend so far, a fastest time of 1’38.357 saw him finish in twentieth position, which translated into a seventh row start for the first of the weekend’s races.

At 2pm local time, the MIE Racing Honda rider lined up for the first 21-lap race. The Argentinian got away well, moving into sixteenth place almost immediately. He held this position throughout the first seven laps but on lap eight, a blameless Mercado run off track at turn 13 and crashed out of the race. Although unhurt, he was unfortunately unable to continue with his race, a pity as Tati had hoped for more today after making an encouraging start to the weekend.

"Qualifying was a little tricky because we tried a modification to the set-up to improve in corner entry, but I wasn’t really comfortable with it and with such a short session, there was little we could do. I had expected to be able to start a little further forward though. Then, for the race I started with a different configuration because we wanted to try and use this race also as a way of preparing for tomorrow. I made a good start and made up some positions in the first laps while trying to understand the bike's behaviour and find my pace. I was catching Rabat and Ponsson when unfortunately, an issue with the braking that I’d noticed early on, got worse and after around seven laps I ran off the track at turn 13. It's a pity I couldn't finish the race, as it's important for us to finish all the races, but we will try again tomorrow.” 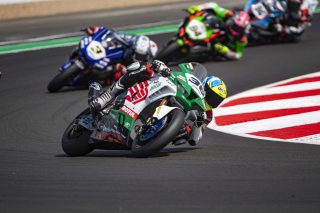 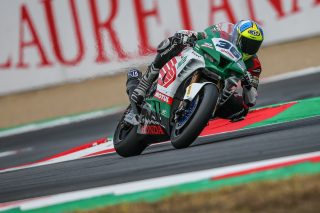 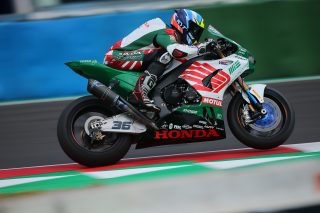 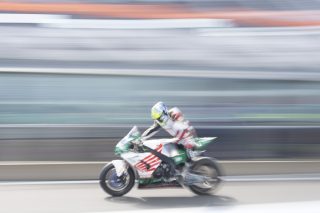 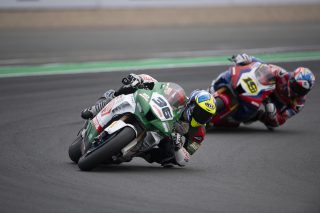 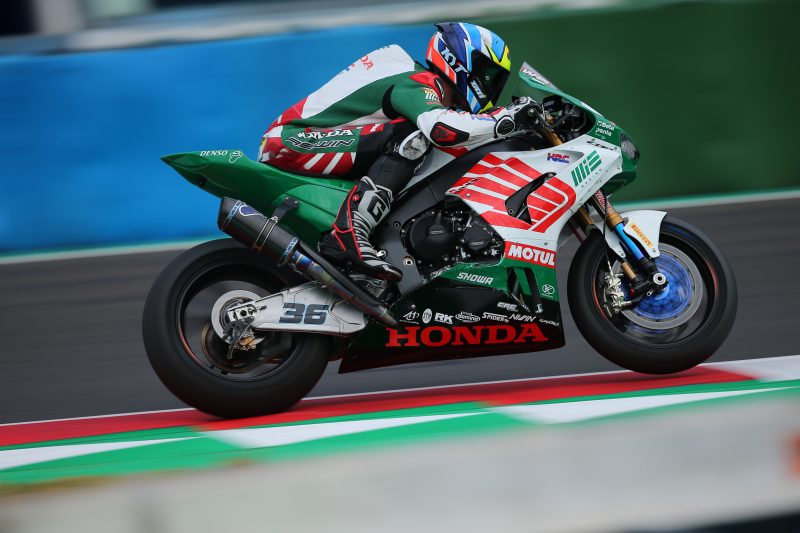