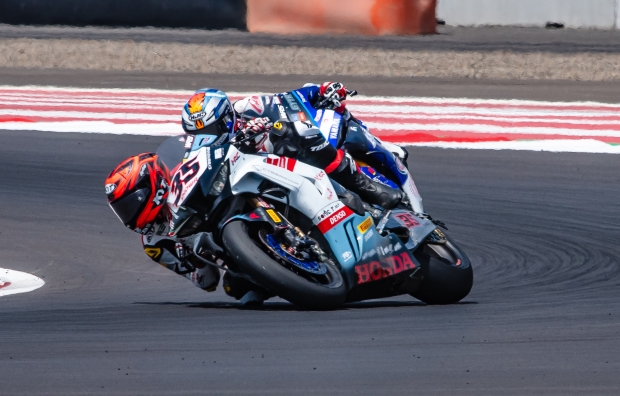 The MIE Racing Honda team has now concluded the penultimate round of the 2022 Superbike World Championship at the Mandalika International Street Circuit in Indonesia, with riders Hafizh Syahrin and Leandro ‘Tati’ Mercado crossing the line fourteenth and seventeenth in Superbike race 2.

Both riders got off to a very good start when the Superpole race got underway in hot and sunny conditions this morning. Making up several positions off the line, Syahrin positioned fourteenth through the first corners, followed by team-mate Mercado, sixteenth. The Argentinian gained another position on the subsequent lap, after which the MIE Racing Honda duo settled into a steady rhythm that they were able to essentially maintain all the way to the finish line, with the Malaysian closing fifteenth and ‘Tati’ sixteenth.

The second and final 19-lap Superbike race kicked off at 1.30 pm local time. From rows five and six of the grid, Syahrin and Mercado both made a strong start, Leandro moving in front of team-mate Hafizh (fourteenth) to place thirteenth. Lap three saw Mercado lose a little ground, but he was able to work his way back up and with just a few laps to go, Syahrin was still fourteenth, immediately followed by his Argentinian team-mate. Unfortunately Tati ran a little wide onto the dirty side of the track and again dropped back in the final stages, crossing the line seventeenth behind Syahrin, who scored two points by finishing fourteenth.

The MIE Racing Honda Team now moves straight on to Australia, and the Phillip Island circuit, where the final Superbike World Championship round will play out on 18-20 November.

“I think this was the best weekend for me so far. Hot weather and the track conditions made the race very tough but we again finished in the points. I felt better on the bike in race 2 thanks to some setup changes which worked well and helped to keep the rear grip more constant. We gained nothing in terms of speed but a lot in terms of consistency. And that allowed us to improve by more than 20 seconds on yesterday’s race time. I’m very happy and thank the team for all their hard work”.

“I was running a good race and focusing on maintaining a consistent pace, and I have to say we’ve taken a step in that regard. I’d reached Hafizh and was seeking the right time to attack but a small mistake saw the gap open up again. I caught up but again ended up in the dirt, running wide and outside the ideal line. In doing so, I lost all hope of finishing inside the points. A pity, as today I could have rounded out a weekend that has essentially been positive, technically speaking.” 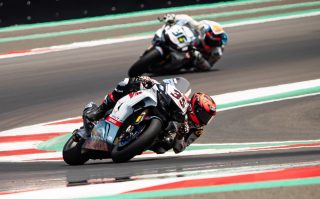 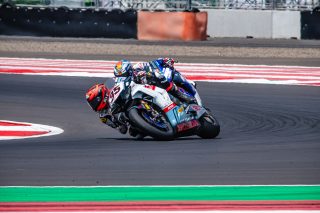 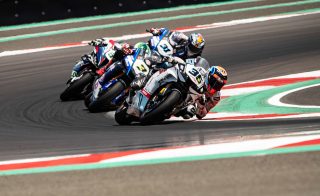 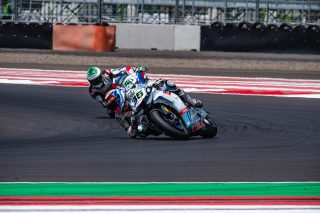