The 10-lap Tissot Superpole race got underway at 11am. Both Gabellini and Takahashi started from row eight of the grid and lapped consistently over the course of the short sprint despite struggling to make up positions. The riders ultimately crossed the line in twentieth (Lorenzo) and twenty-second position (Takumi).

The second Superbike race began at 2pm CET in similarly hot conditions to yesterday’s race 1 (air 37°C, 60°C). From row 8, Gabellini was lying twenty-first and Takahashi twenty-second through the first few laps. Unfortunately, Takumi suffered a crash at turn 5 on lap six which put a premature end to his race. Gabellini did his best to manage the inevitable drop in tyre performance owing to the extreme heat, crossing the line in eventual nineteenth place.

The team will travel straight on to the Algarve International Circuit in Portimão, Portugal for round 3 of the WorldSBK championship, scheduled to take place already next weekend, 7-9 August.

“This morning’s warm-up was our best session of the weekend in which we set some encouraging lap times and I had better feeling on the bike. That boosted my confidence, but then in the two races I was not able to find the same sensations or speed and unfortunately suffered a crash at turn 5 in the second Superbike race. We’re just two rounds into this season so I will continue to do my best to learn from every experience with the aim of improving race by race.”

“We close this first World Superbike weekend with some positive points and also a few regrets because I would have liked to do more, particularly in race 2. I started well and passed a couple of riders, only for them to pass me back along the next straight. I found myself with Barrier and lost contact with those immediately ahead. From then on, I set my own pace, but like I said, I hoped to do more. But we have seen that we have significant room for improvement in some areas, like the electronics for example, and so that’s what we’ll focus on at Portimao.” 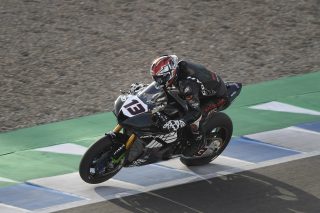 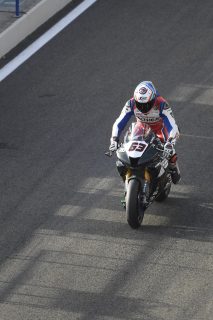 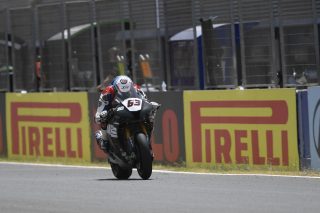 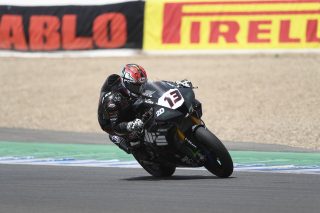 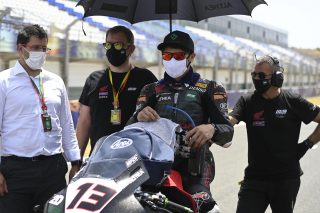