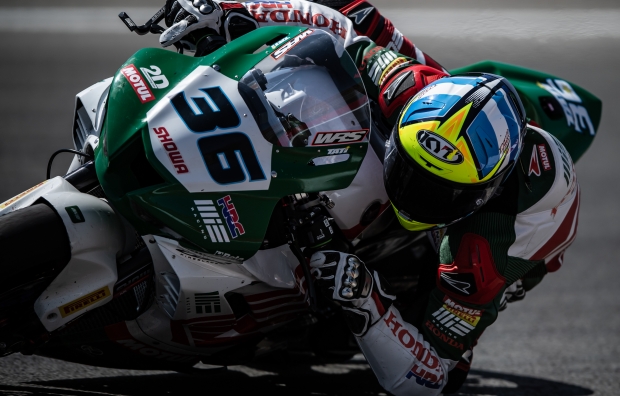 Round eight of the Superbike World Championship will be hosted by the Circuit de Nevers Magny-Cours in France, a track at which the MIE Racing Honda Team hopes to improve on its performance with rider Leandro ‘Tati’ Mercado.

The last round at Navarra in Spain, which concluded a little over a week ago, saw Argentinian rider Mercado score a best of fifteenth during the second of the weekend’s action-packed races.

Held in October, last year’s French round was conditioned by the rain, all three of the weekend’s races taking place in wet conditions. Although Mercado did well to score two top-ten finishes on the slippery track, he hopes that this year’s August date will bring better weather and, hence, an opportunity to continue working in the right direction with his CBR1000RR-R FIREBLADE.

Located close to both Magny-Cours and Nevers, the French circuit lies roughly 250 km from Paris. Built in 1960, the structure has previously hosted both Formula 1 and MotoGP races and has been a permanent fixture on the Superbike calendar since 2003. Measuring 4.441 kilometres in length, the track features 17 turns and runs in a clockwise direction.

I like the Magny Cours track, it is beautiful and technical, but you never know what the weather will be like, and it can be very variable, whether dry, rainy or cold. We hope to start out on the right foot anyway, improving on the grip issues we had at Navarra right from Friday’s sessions. I think this is feasible because the French track offers a better level of grip. The target is obviously to improve with every session and to complete three good races, on the attack.”