The MIE Racing Althea Honda team, and riders Takumi Takahashi and Lorenzo Gabellini are on track at Motorland Aragón in Spain competing in round 4 of the 2020 Superbike World Championship.

During this morning’s opening free practice, Japanese rider Takahashi started working to adapt his CBR1000RR-R Fireblade SP to the Spanish track together with his technicians. Completing a total of seventeen laps during the 50-minute session, Takumi set a best of 1’54.003 to place twenty-second at the session’s end. Another new track for series rookie Gabellini, the young Italian spent the first session finding his feet at the Spanish track and working to adapt his riding style and machine to the layout. His fastest time proved to be a 1’56.808, recorded towards the end of the practice.

The afternoon’s second practice brought higher track temperatures, but this didn’t stop the riders from improving on their earlier references. Takahashi closed with a fastest time of 1’53.657, which put him twenty-second overall, while Gabellini improved on his earlier time by over 1.5 seconds (1’55.086) to position twenty-third at the end of day one.

Tomorrow will see the MIE Racing Althea Honda team return to the track for the final free practice session followed by the Superpole and the first of the weekend’s three races.

“Today has had its positives but also some negative points. I was able to improve my riding style over the two sessions though I’m still lacking something in a few areas of the track. Regarding the bike’s setup, the main thing we need to do is improve in terms of braking because at the moment I’m not able to brake hard. Through the slow turns we are not doing too badly, but we struggle a lot through the fast ones.”

“This track is a bit less challenging than Portimão, but it’s still a total novelty for me, meaning that today I spent a lot of time trying to understand the best lines and track references. We still managed to reduce our lap times quite considerably in the afternoon despite the hotter conditions and that is always a good feeling. Having said that, I would like to be faster and closer to the guys immediately ahead of us, and so that’s our target for tomorrow.” 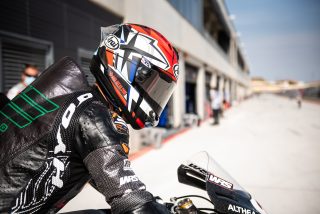 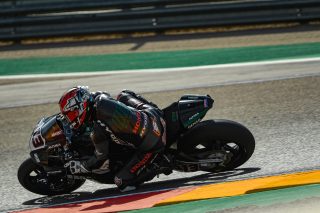 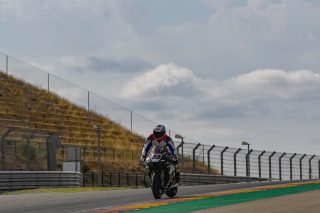